My Cart (0) Total: £0.00
You have no items in your shopping cart.
Close
Menu
Call us: +44 (0)1534 855280
Menu
Personal menu
My account
Filters
Search
Previous Post It’s The Season of Sneezing! Next Post Sweeteners Are Not A Healthy Substitute For Sugar 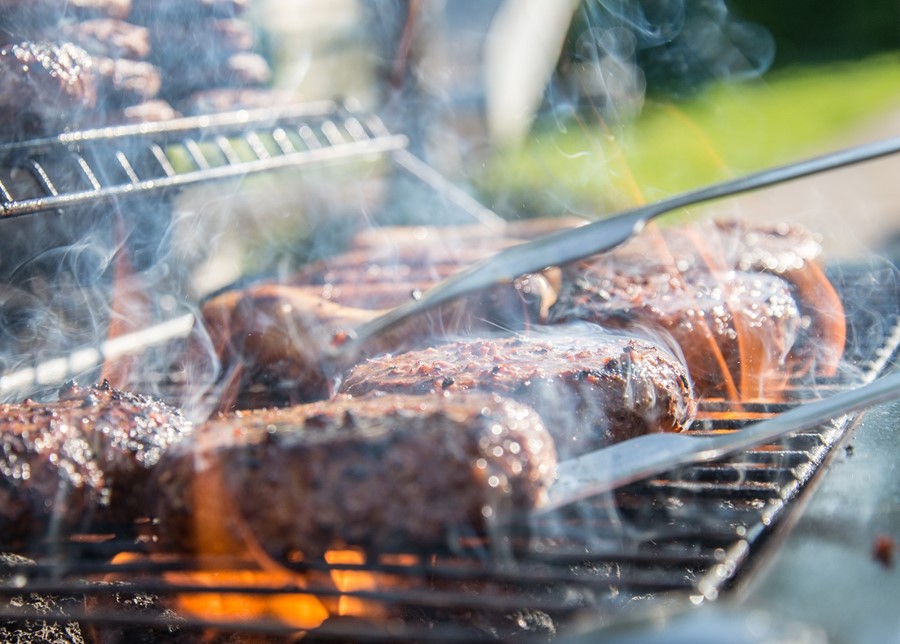 How Healthy is Barbequed food?

It’s BBQ season and I hate to be a killjoy, but too much BBQ food really isn’t healthy, and it’s all due to HAA’s - Carcinogenic Heterocyclic Aromatic Amines

HAAs form when amino acids and creatine present in poultry react at high temperatures (above 100° C). Temperature is the most important factor in formation of HAAs.  Frying, grilling, and barbecuing produce the largest amounts because the meat is cooked at very high temperatures. Roasting and baking are done at lower temperatures, so much lower levels of HAAs are likely. Microwaving, stewing, boiling, steaming or poaching is done at or below 100° and this low temperature creates negligible amounts of HAAs which the immune system usually deactivates. Meats partially cooked by microwaving prior to cooking by other methods have lower levels of HAAs. The juice that forms during microwave cooking contains the precursor chemicals that would form HAAs. If this liquid is poured off before further cooking, HAAs are reduced. Foods cooked a long time by any method (e.g. "well done" instead of "medium") will also form slightly more HAAs.

Approximately 8 of the 17 presently identified HAAs are present in commonly eaten meats. The amount of dietary fats present in muscle meats does NOT influence the production of HAAs.

HAAS are particularly abundant with battery produced hens that are fed pellets. Dietary fats present in poultry does NOT influence the production of HAAs. Regarding the bioavailability of HAAs, we can say that most are readily absorbed into the body from the foods which contain them, and after absorption, HAAs are metabolised into further carcinogenic substances. A small quantity (approximately 3%) of ingested HAAs are excreted unchanged via the urine.

Marinating meats in the following marinades reduces the production of HAAs during cooking at high heat:

-  Teriyaki Sauce (reduces the HAAs content of cooked foods by up to 50%).

-  A mixture of Turmeric and Garlic.

-  The difference between “charcoal” or gas is very minor indeed, the key factor is the creation of HAAs due to high temperatures